This was definitely the highlight of my trip so far and I highly recommend this for anyone who likes food and wants to try something off the beaten track in Paris.  I found this class on Airbnb Experiences which offer a great way to see a city through the eyes of locals. 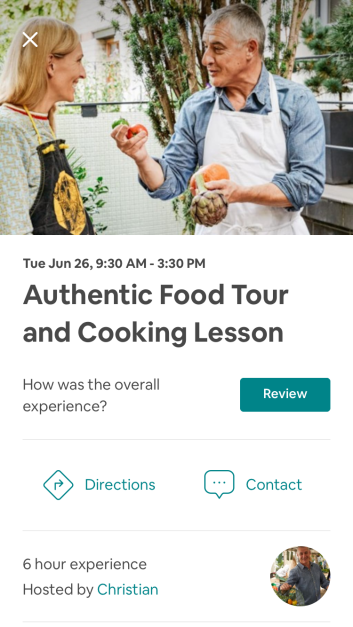 Christian picked me and five other participants (two Americans, one Chinese, and two Australians) up from a local cafe near his home. He took us around his neighborhood and explained the history of the area. He was a great story teller and excited to share his knowledge with us! Napolean III had wanted to expand the city to keep pace with the rest of Europe that had larger cities during this time. However, this section of Paris was full of mines and was where many poor people lived. The Western sourroundings areas were easy to incorporate because rich people lived in that area. The wealthy in many European cities settled to the west because the air quality was better as the wind came off the ocean blowing eastward. In order to attract more wealthy folks to the east side of Paris and because nothing could be built on the site that was full of old mines and trash, he commissioned a huge park that is now the largest in Paris. Diplomats from around the world have given trees as gifts that were placed in the park. However, the ground is very unstable and during storms, trees often fall down. 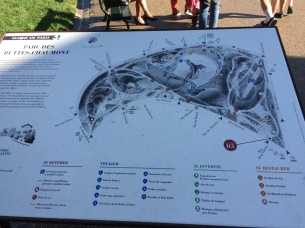 Next, we went to the market to purchase food for the lunch we would cook together. Christian seemed to know everyone in the market and introduced us to all his favorite vendors. The cheese and pork vendors each gave us some samples. I was proud of myself for trying both blood sausage and intestine sausage. Blood sausage had a tasty flavor, but the texture was hard for me to enjoy. The intestine sausage had a flavor like bad breathe that I just couldn’t seem to get rid of for hours. I did enjoy the other Charcuterie that I tasted however. In France, all parts of the pig except the eyes are eaten. French people also sometimes eat horse meat. At this market, there was a special horse meat stall.

For lunch we cooked steamed artichoke that we dipped in a vinaigrette (mustard, vinegar, and seasoning) for the first course.  Then, for the main course we made a julienne leak dish cooked with shallot etouffee style (parchment paper on the top and bottom of the pan), baked sticks of celeriac with cumin, and mackerel which Sichuan pepper blow-torched by Christian and then baked. Dessert was some cheese (Brie and a goat cheese covered in ash) and chocolate souffle.  Christian taught us how to wear our towels, properly use a knife, and crack eggs. Every time we were helping, he would be constantly correcting us. It felt similar to being “old timered” in balboa dancing. 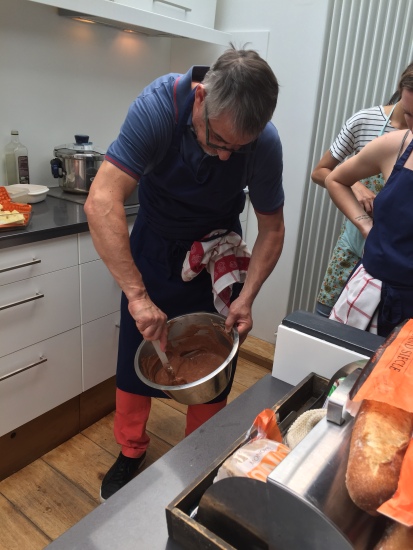 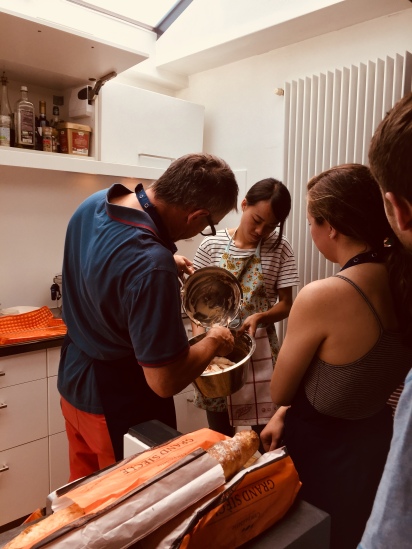 During dinner, Christian told us some of the original French table etiquette. Apparently, women are not supposed to touch the wine bottle.  If they would like more wine, they are supposed to swirl their glasses on the table until a man notices and offers to poor another glass. Glasses should never be more than half full. (This I definitely noticed in France. Wine glasses are definitely filled less full than they are in the states.) During the cheese course, woman are served first and men must wait until all women are served. During a formal dinner, the male host is served first and the female host is served last. However, everyone must wait until the female host begins to eat. Many of these rules are no longer followed. 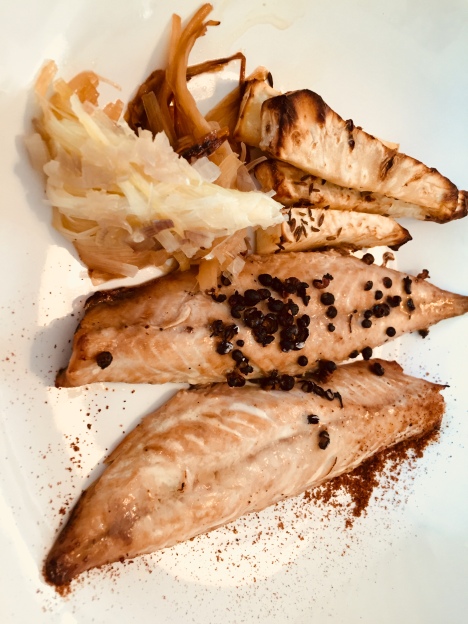 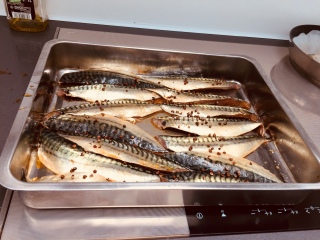 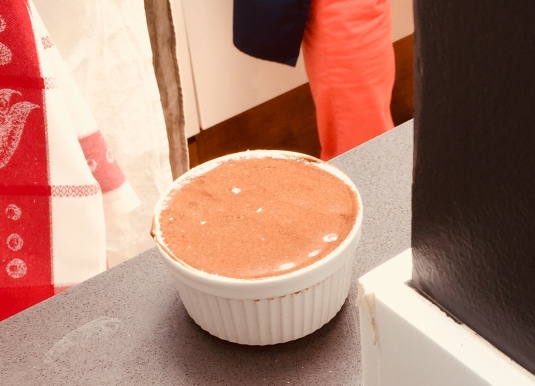