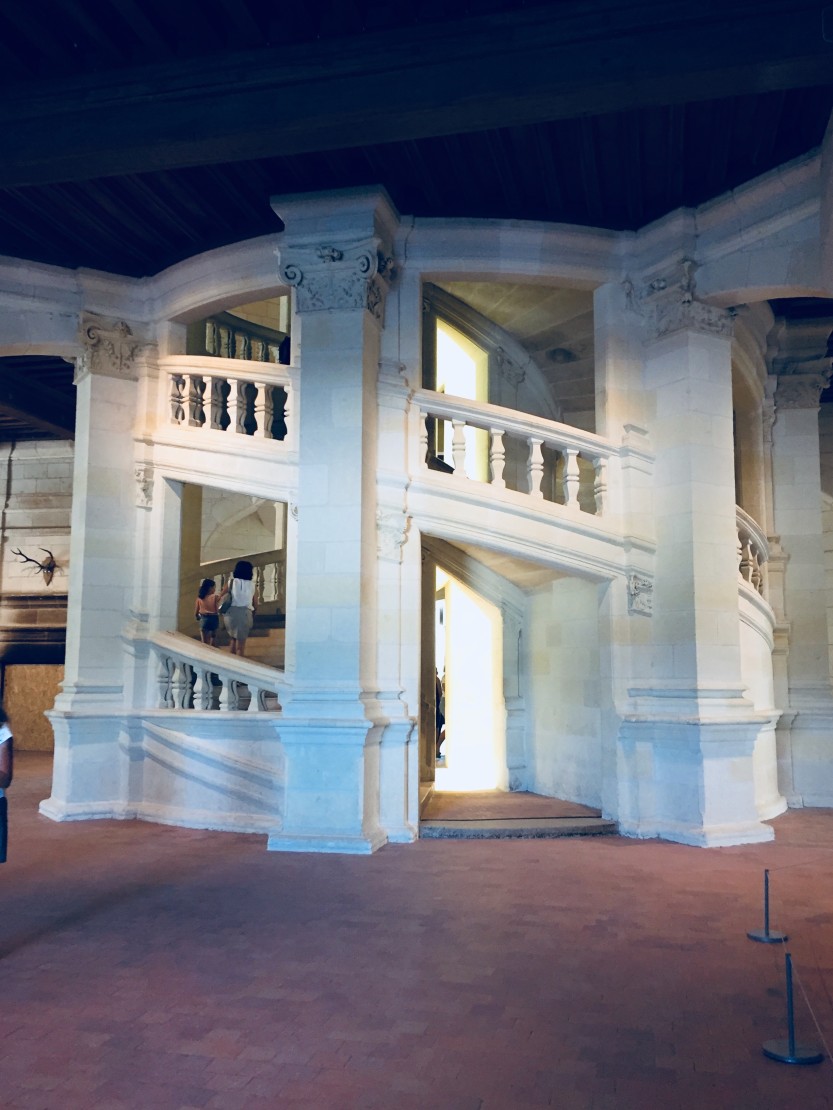 There are over 300 castles concentrated in the Loire Valley southwest of Paris. Royalty lived in these chateaux between 1429 and 1529. The first castle I visited in the Loire was Chambord. It is a behemoth with 420 rooms, 84 staircases, and 365 chimneys . It was commissioned by Francis I (Francois I) for a hunting lodge, but it took over 2000 workers and 20 years to complete. Francis I died without seeing Chambord finished. It is unclear why he chose to build such a large castle, but it was in fact so large that it was not very useful. It was difficult and expensive to furnish. Francis I only stayed in the castle for five weeks and other royalty stayed in the castle for short periods including Louis XIV. However, the longest resident only stayed for two years because the castle was so cumbersome. Today, the castle belongs to the state and is occasionally used for diplomatic events. 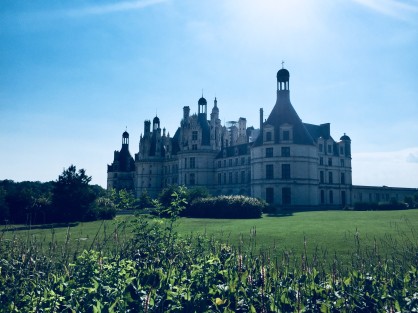 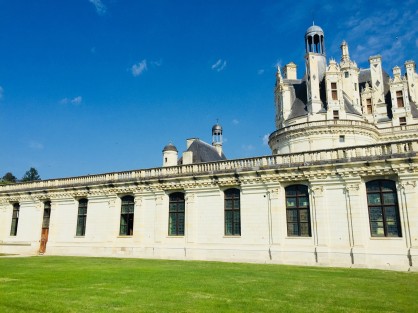 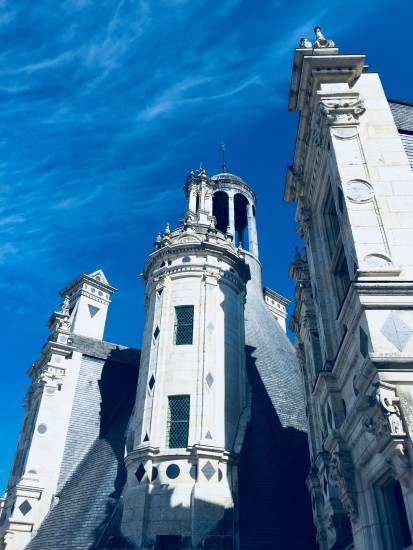 A few of the rooms are furnished, but when the court left the castle they would take all their furniture with them. Therefore, most of the furniture is a reproduction. At the time, rooms were not strictly defined as they are today. One could sleep and eat in the same room. Royalty were even known to receive guests from their beds. Beds had curtains that were only closed at nights held up by rope attached to the ceiling or wooden posts. Beds were often shorter during this time because people slept sitting up. People were very superstitious and they believed that laying down might let the devil into the body. Floors were simple brick or stone at this time and the walls would have been covered with tapestries. 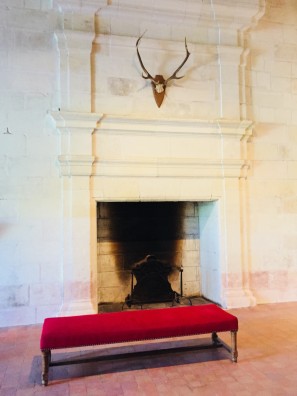 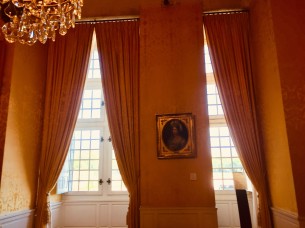 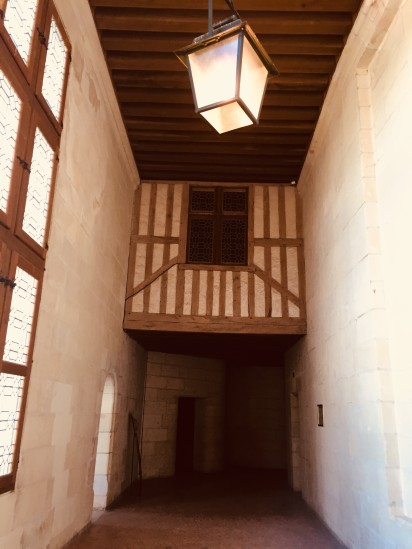 The architecture of this building was influenced by Italian architects, perhaps even Leonardo de Vinci. There is a gorgeous double spiral staircase that runs the height of the building and an amazing rooftop terrace. You get a beautiful view of the huge surrounding gardens and have the feel that you are walking through a miniature city as you stroll between the towers of the chateau. 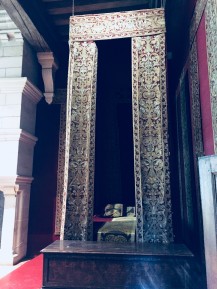 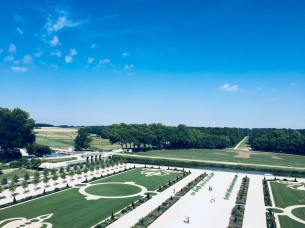 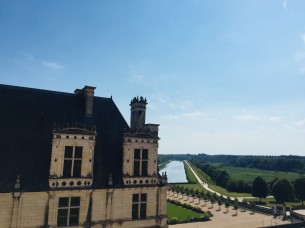 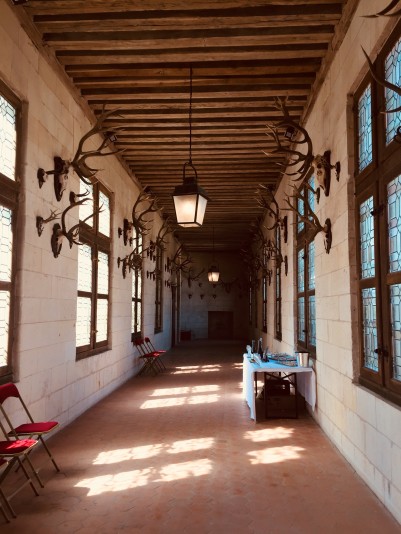 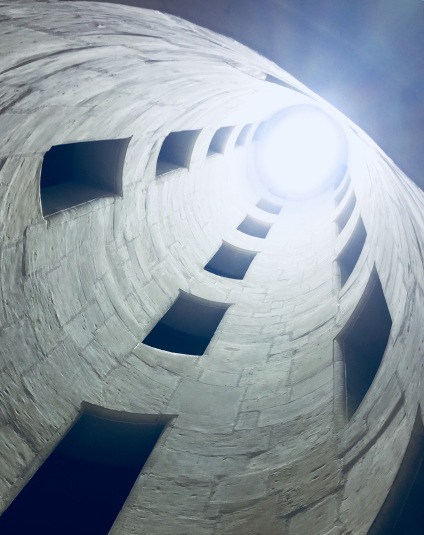 In the afternoon, horse shows are performed on the castle grounds and we got to see one of the actors preparing for the show.

Read more about the Loire

Read more about Francis I